GAM is a set of structures that are used for specialised high-level programming. Thus, GAM is also a model of an application development environment that focuses on efficiency, optimised modifications and the performance of object programs. Modern software engineering provides a variety of technologies that have appeared due to the evolution of high-level programming languages aimed at automating the development of specific applications.

GAM is an IDE (Integrated Development Environment) model for multi-access applications that process database logics using simple graphical interfaces based on access roles. It is a model that has been designed especially for data processing applications such as ERP, MES (Manufacturing Execution Systems), MRP, MOM (Message-oriented middleware),CRM. The model ensures the simplicity of creating and developing both operational applications where the practical usage of GUI is a starting point, and analytical applications where a large quantity of data is a primary issue.

In GAM, it has been assumed that it is possible to create an optimal tool for developing and implementing specialised IT systems that support the daily operations of business organisations. The compromise between the number of applications and complexity of a tool is a starting point. Each technologically advanced tool designed for application development can be described with two characteristics.

The first one determines the variety of its applications and the scope of usability, whereas the other – the complexity of its use. In the case of a device that is easy to use, it is evident at once that it has few applications. On the contrary, a tool that can be used to produce various work is usually complicated to use. A tool, in its nature, stands between a human being and his/her work, and the facilitation of human actions results in the reduced time of human activity.

Therefore, it can be stated that a specialised and easy to use tool reduces work time consumption whereas a multiple-use tool increases work time.

In terms of programming engineering, one may compare creating a web site using available web site generators, which takes only 15 minutes and using HTML. Such generators are not suitable for writing computer games.

In the case of an ERP application, the result is much more complex. The object application that is generated by GAM is very complicated and logically complex. Beside the high-level specialised programming language in IDE, GAM provides several objects of auxiliary structures.

We are a producer of ERP class software, we create and develop a modern integrated development environment (IDE) GardensAM, which is contained within the ERP system. 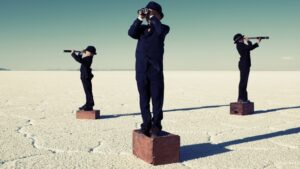 The most popular entires